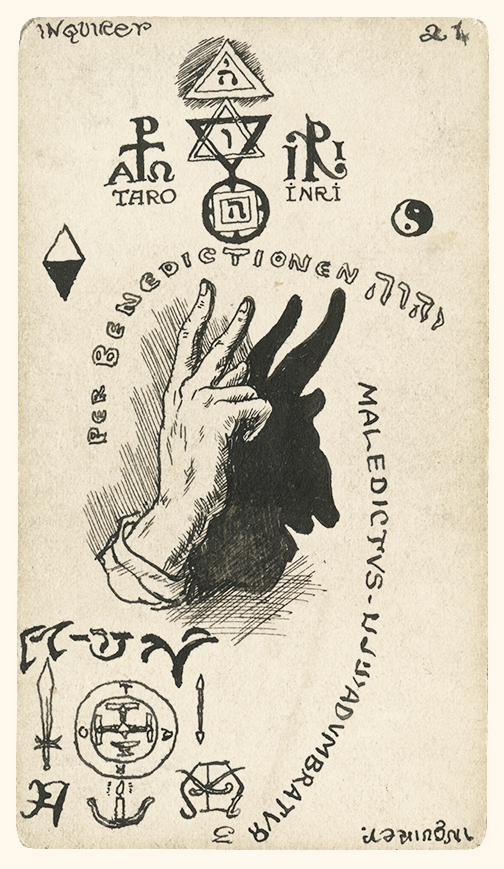 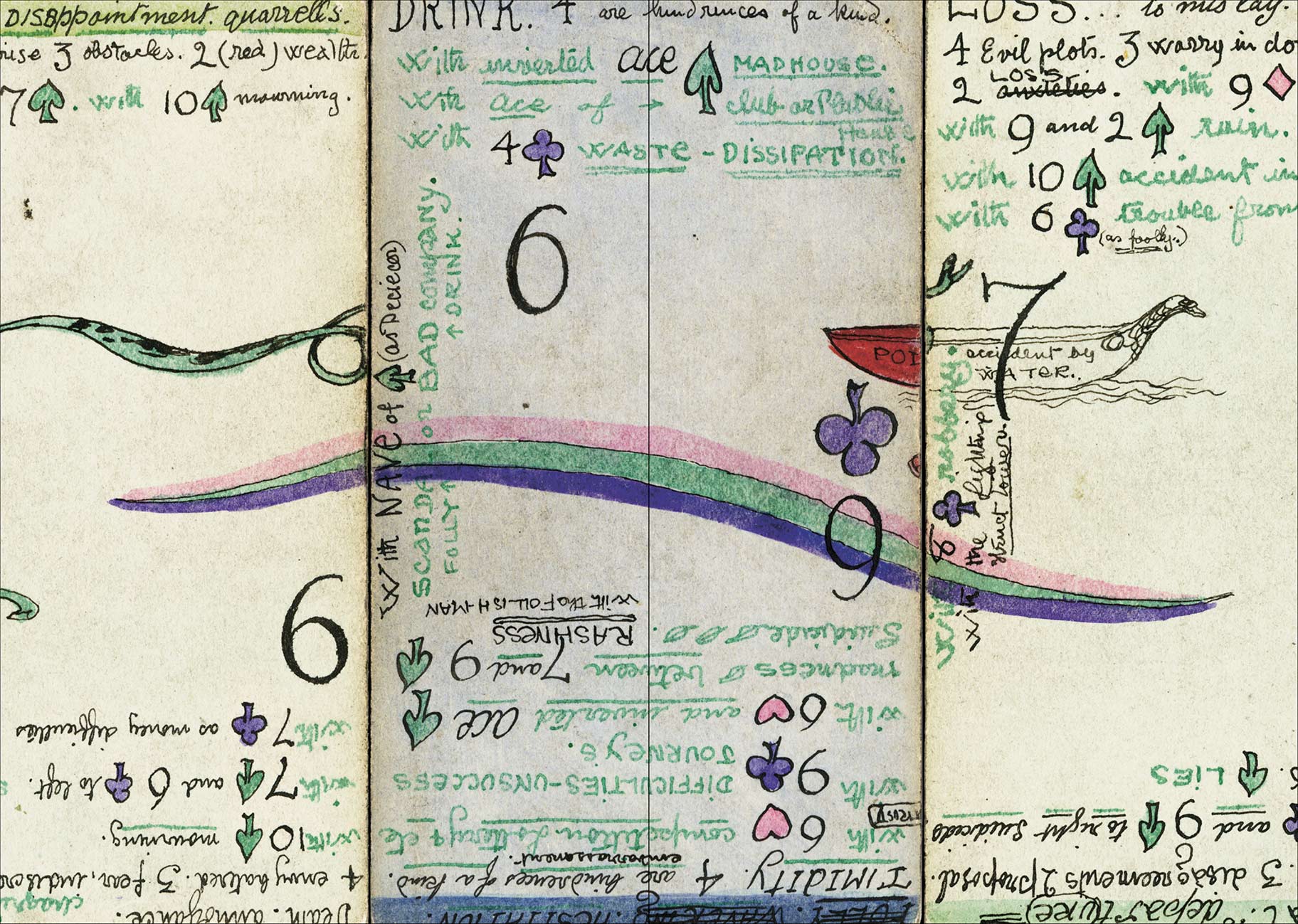 In the Spring of 2013 a 79-card, hand-painted tarot deck created c.1906 by the mystic and artist Austin Osman Spare, was identified within the collections of The Magic Circle Museum in London. 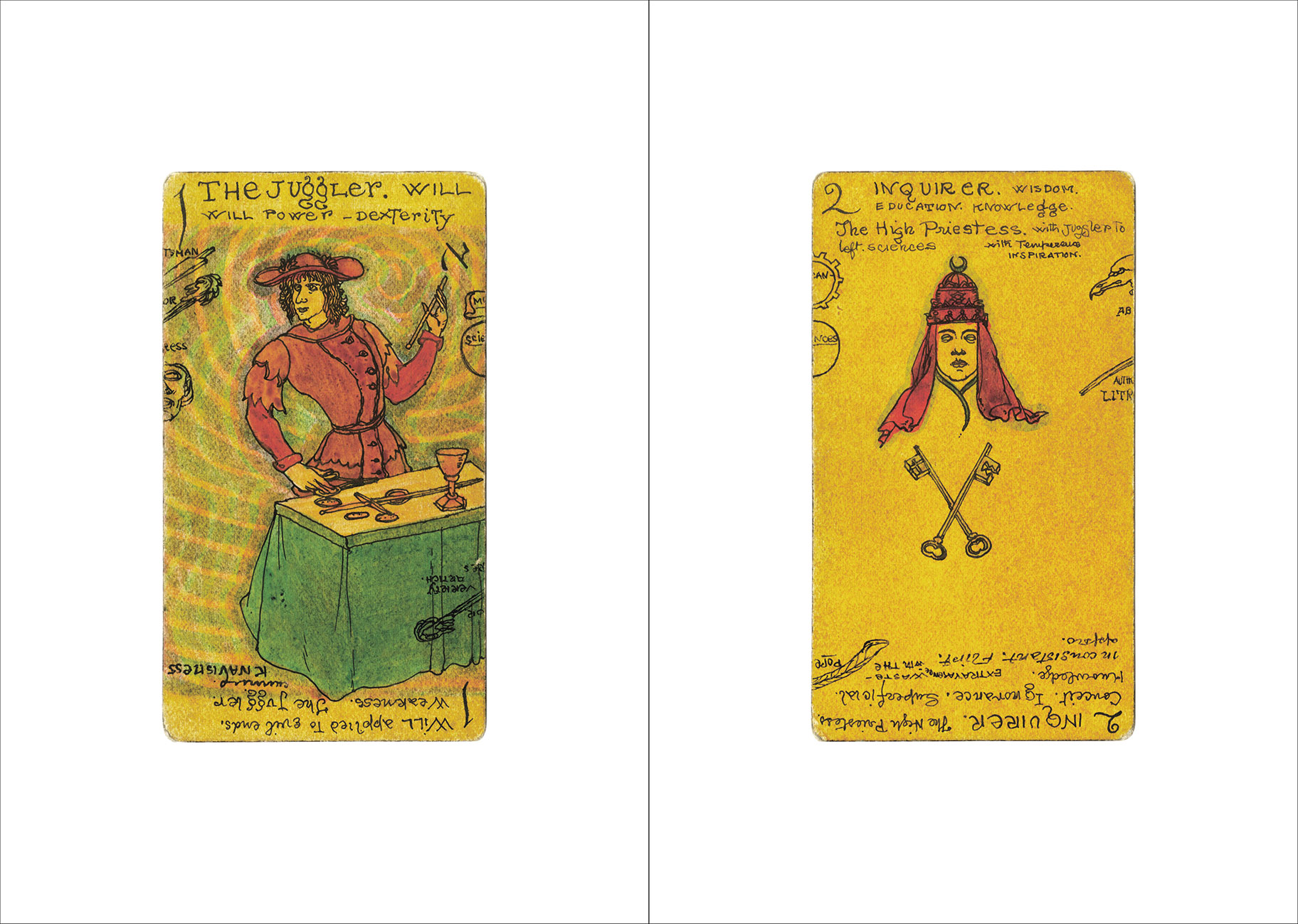 Austin Spare’s life-long interest in cartomancy is well documented, yet very few of his own fortune-telling cards were thought to have survived. This compelling new example of the artist’s early work demonstrates his precocious involvement with the currents that shaped the British Occult Revival at the beginning of 20th century, and his interactions with some of the period’s lesser-known protagonists. 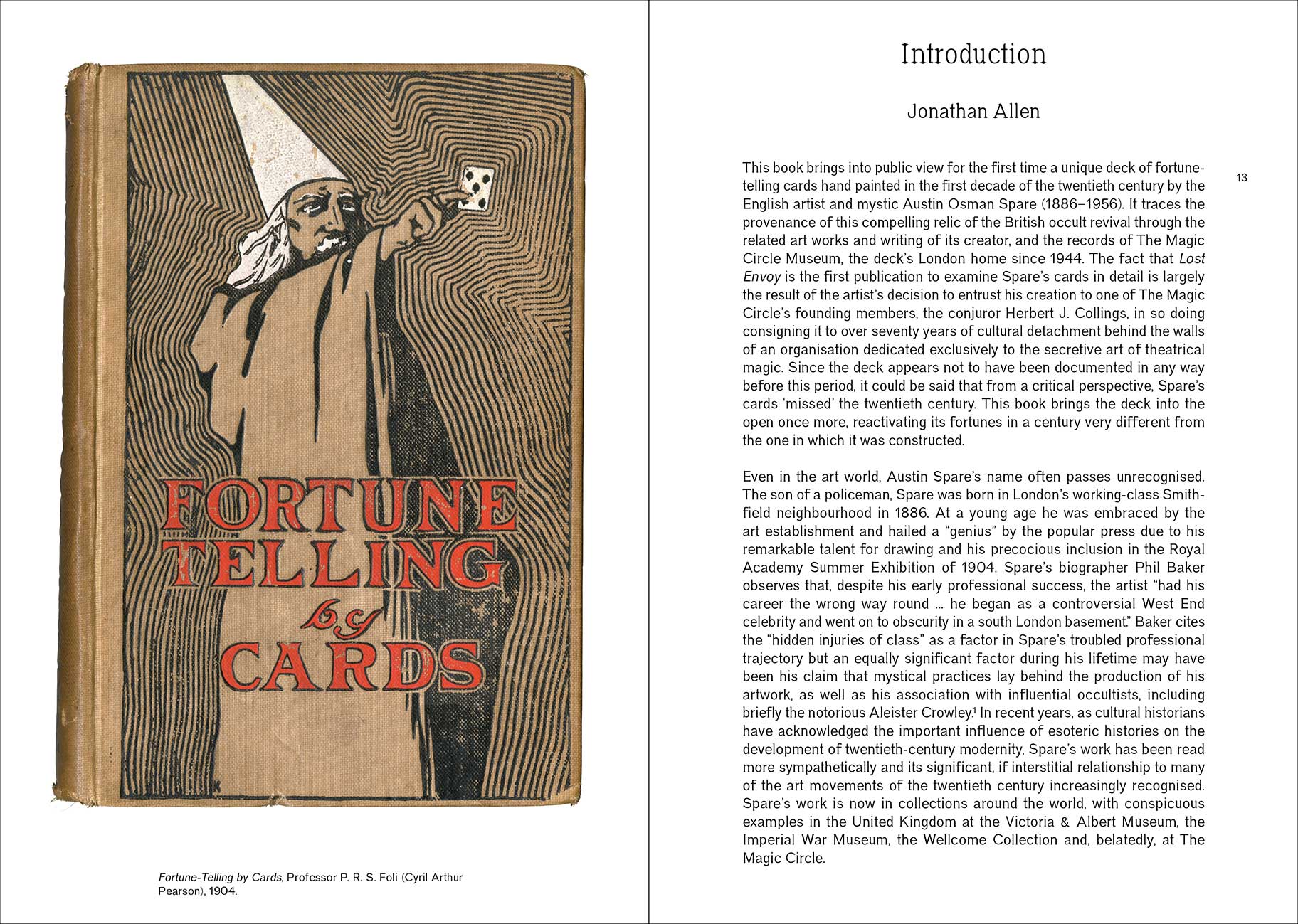 Magic Circle Museum curator and artist Jonathan Allen immediately recognised that Spare’s cards were not only art-historically significant, but also entirely unknown outside of The Magic Circle’s collections, and set about tracing the deck’s provenance, its place in the artist’s oeuvre and within the wider histories of cartomancy. 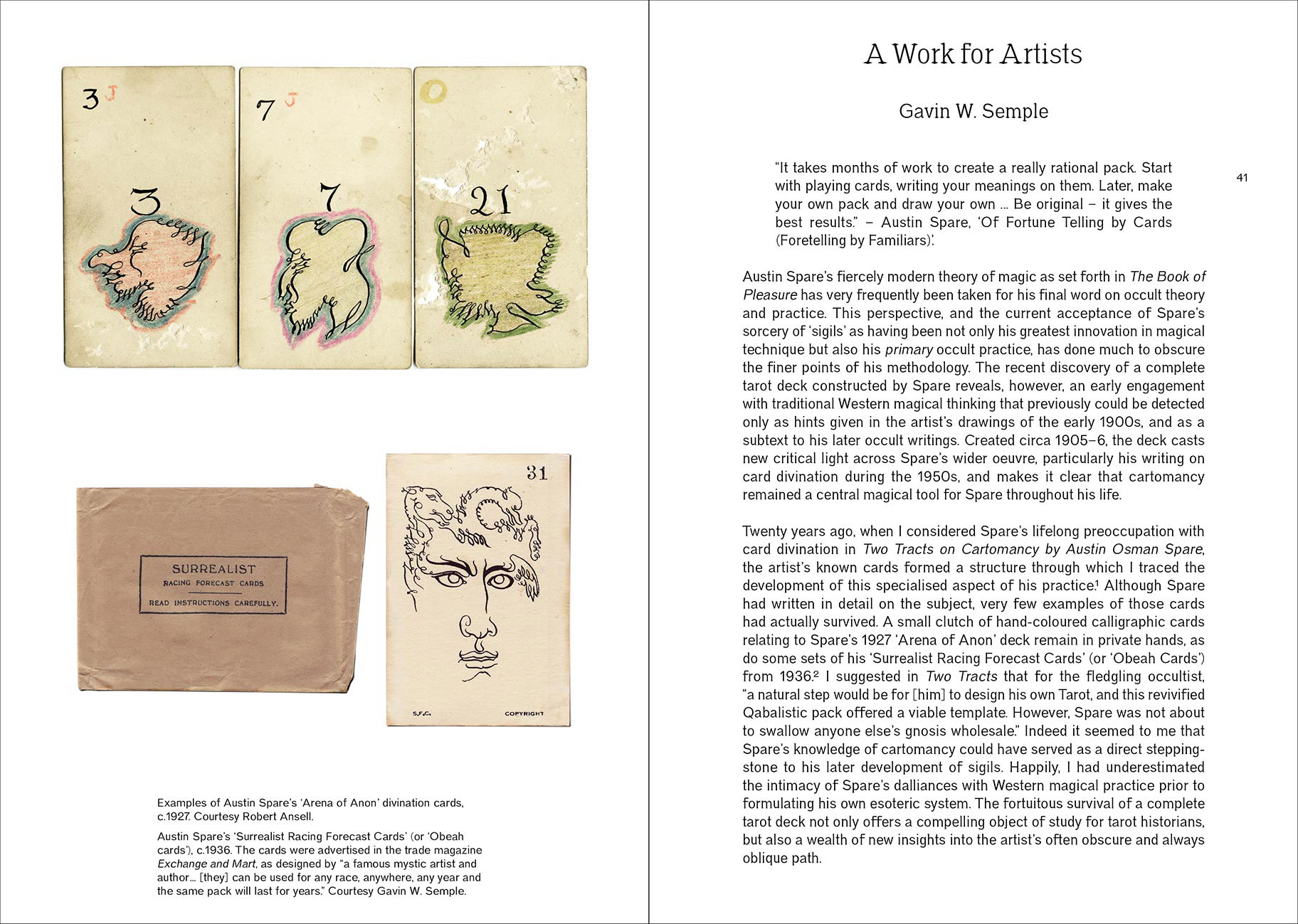 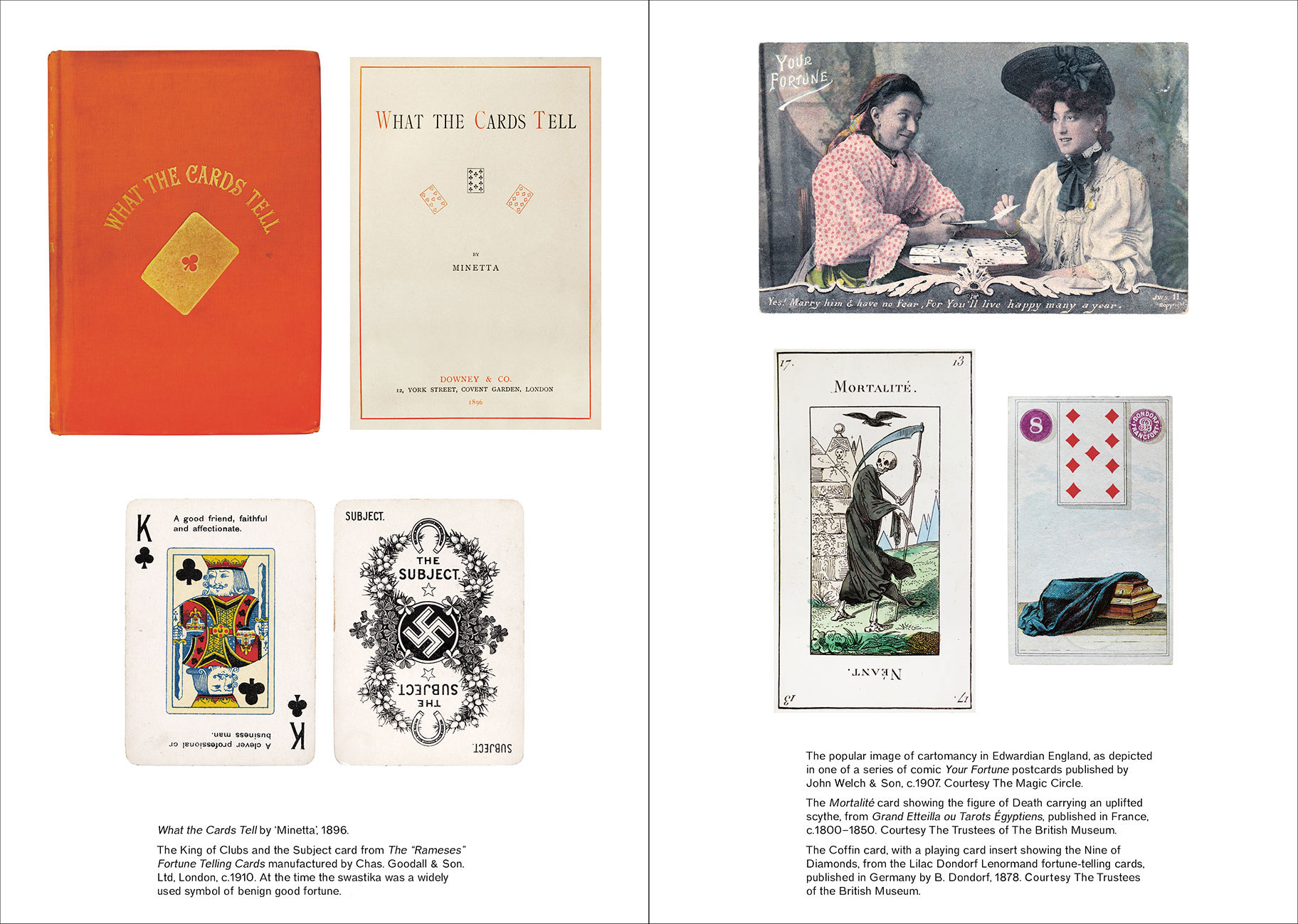 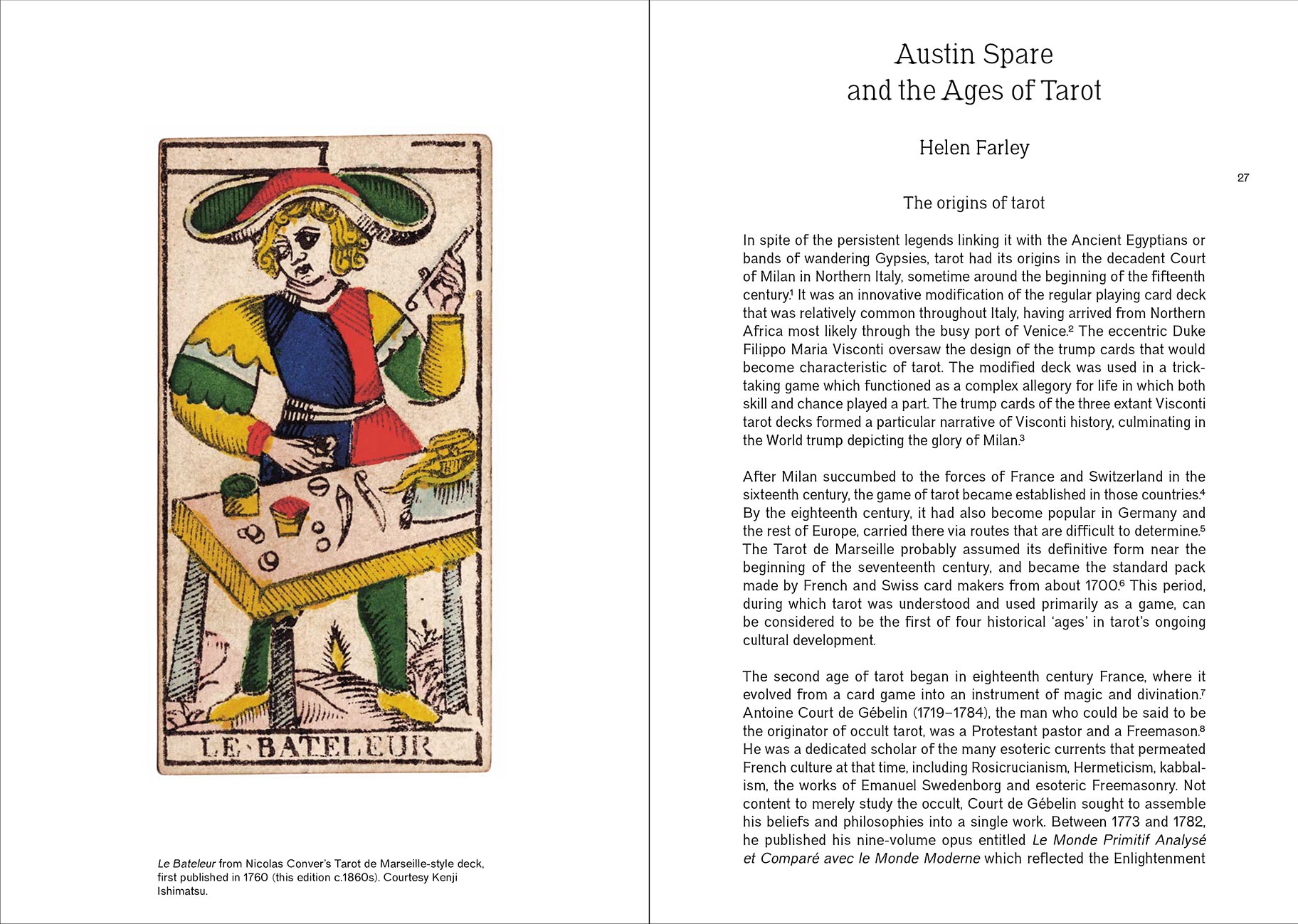 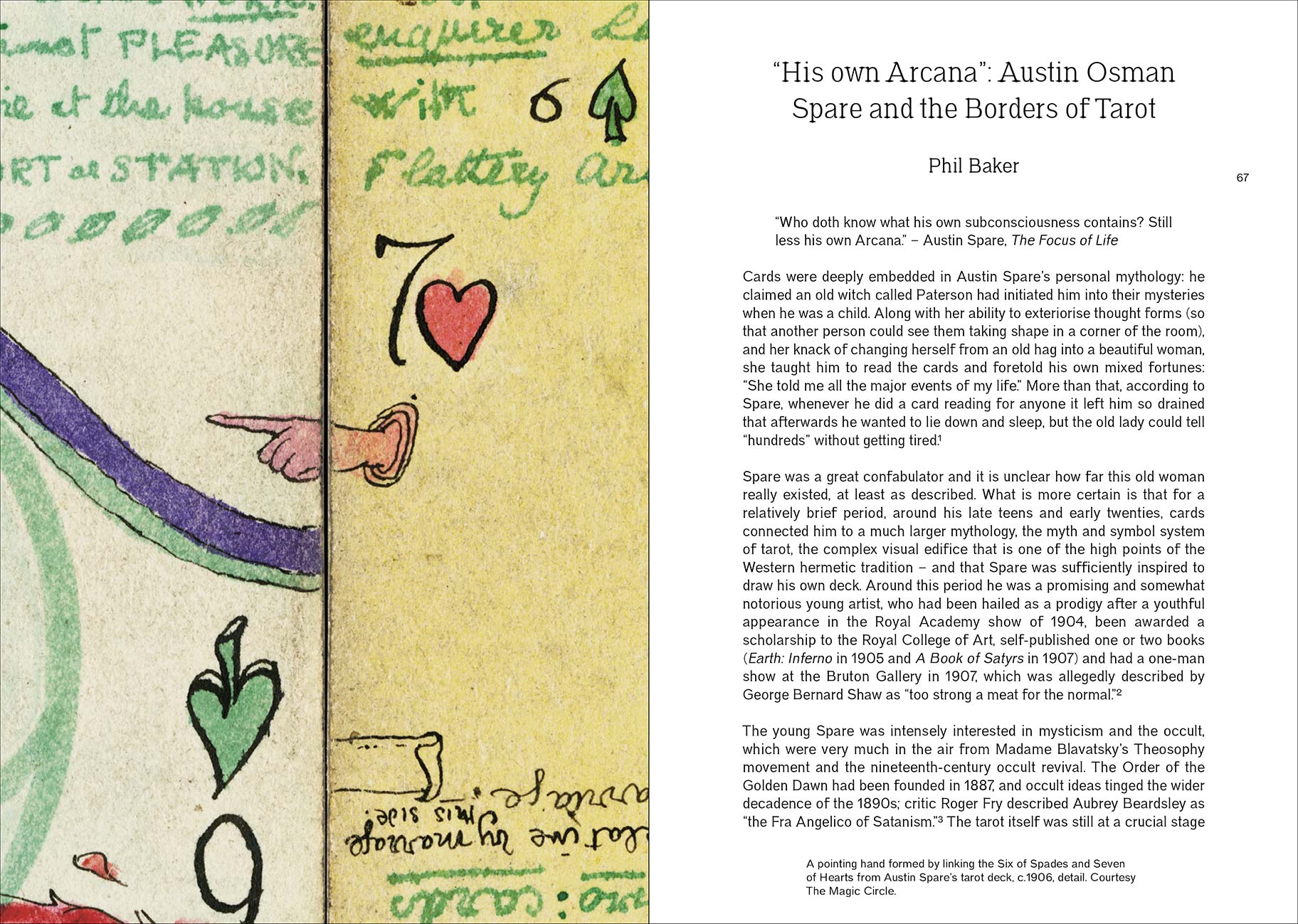 The book is designed by Fraser Muggeridge studio, with a cover incorporating the vibrant back colours of Spare’s cards, a period binding common to many of the volumes found in The Magic Circle library and a gold deboss of the artist’s autographic ‘bird-head’ motif, as discovered within the deck itself. The numbered and debossed special edition contains several fold-out sections showing conspicuous alignment between cards.

Published by Strange Attractor Press in association with The Magic Circle, and supported by Arts Council England. Designed by Fraser Muggeridge studio, London.